Oscar Wilde and his followers had a secret society called 'Green Carnation', and they would each wear a GREEN CARNATION on their lapel, although when asked what it signified, Wilde would reply, "Nothing whatever, but that is just what nobody will guess."

In homage to Wilde, the mysterious website 'MorrisseysWorld' formed the 'BLUE ROSE SOCIETY', with fans of Morrissey asked to wear either a red, white, or BLUE ROSE to his concerts. Morrissey was 'Born to be Wilde', and 'THE BLUE ROSE SOCIETY' is the PERFECT way to celebrate this. 'Green Carnations' and 'Blue Roses' are BOTH unnatural flowers, with blue roses fittingly representing unrequited love. 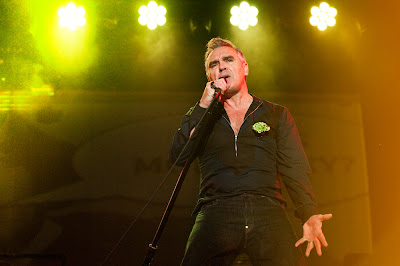 Here is how Morrissey's 'BLUE ROSE SOCIETY' was formed:

On August 22nd 2011, the mysterious website MorrisseysWorld.blogspot.com asked for fans attending  Morrissey concerts on the USA leg of the world tour tour to wear either a single red rose or a single white rose. It wasn't explained why.

On September 1st 2011, this request was re-iterated, and it was stated that it was in honour of Oscar Wilde, because of red and white roses being a recurring motif in Wilde's work. It was also stated that Wilde lives on today in the artiste Morrissey.

On November 4th 2011, the mysterious MorrisseysWorld website explained that the 'Secret Rose Society' was to mirror Oscar Wilde's 'Green Carnation', a secret society formed by Oscar Wilde for his followers, who wore green carnations to his performances without anybody knowing why.

On November 14th 2011, Morrissey's tour of the USA and Mexico got underway, with a concert in San Antonio, Texas. It was reported that a small number of the audience wore roses.

On November 28th 2011, at Morrissey's concert in Pomona, at the end of  'Everyday is Like Sunday', Morrissey 'received' a RED ROSE from a member of the audience. (See here: http://www.youtube.com/watch?v=tAAWht5sVL0 ).

There were a number of other concerts played in the US and Mexico on this leg of the world tour, and at various concerts, some members of the audience wore white or red roses, but NONE were actually handed to Morrissey.

In February 2012, the mysterious MorrisseysWorld website announced for the first time that the secret society would be known as the 'BUE ROSE SOCIETY'.

On February 24th 2012, Morrissey started his tour of South America and again, the MorrisseysWorld website gave instruction for fans to wear a red rose or a white rose, and also instructed fans to THROW THEIR ROSES ONTO THE STAGE AT THE ENCORE.

Two concerts were played in Chile, four in Argentina, three in Brazil and one in Peru, but although a few South American fans promised on twitter to take roses, NONE were handed to Morrissey on stage.

On March 17th 2012, on the very last day of Morrissey's South American tour, in Bogota, Columbia, Morrissey 'plucked' a WHITE ROSE from a member of the audience during the song 'You Have Killed Me' (Video footage here: http://www.youtube.com/watch?v=oVaezmLcyi4 ). Under the red lighting, the ROSE appeared to be red, thus confirming a prophecy that was made on the mysterious MorrisseysWorld website on October 9th 2011, which said, "When the blood runs, the white rose becomes a red rose" (See here: http://morrisseysworld.blogspot.co.uk/2011/10/introducing-log-lady.html), the 'blood runs' meaning the song 'You Have Killed Me'. 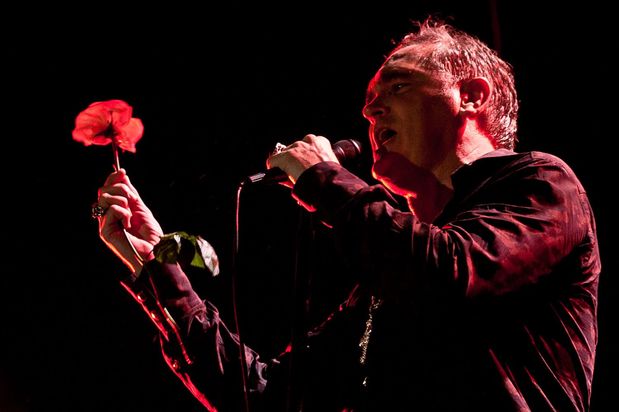 On April 10th 2012, the mysterious MorrisseysWorld website pledged that Morrissey would appear with a BLUE ROSE before 2012 was out.

On April 19th 2012, Morrissey embarked on the Asian leg of his World tour. Many flowers were taken to the concerts in Japan, but they were mostly gladioli, so Morrissey ignored them. Morrissey DID take a flower in Nagoya on May 2nd (http://www.youtube.com/watch?v=i1Hk-jGv440), but having looked at it, he gave it away. It WASN'T a rose!

On May 3rd 2012, at the final concert of the Japanese tour, in 'Ebisu Garden Hall' Tokyo, the FIRST BLUE ROSE was taken to a Morrissey concert by twitter user '@Tokyo_Katie', but she was too far away to give it to Morrissey. (Here is her photo: http://instagr.am/p/KKVHv2iEeL/).

On May 8th 2012, at the concert in Singapore, at Fort Canning Park, the SECOND BLUE ROSE was taken to a Morrissey concert by long time MorrisseysWorld follower, '@MancLadMozFan'. It had been well documented via twitter that Manclad would be taking a BLUE ROSE, and even '@BozBoorer' had tweeted to say, "We're looking forward to Manclad in Singapore."

At the end of the last song, 'Last Night I Dreamt That Somebody Loved Me', Morrissey went over to where 'Manclad' was standing (3 mins 45 seconds in), and appeared to LOOK AT HIM. Morrissey then put out his hand for the ROSE, but unfortunately it wasn't forthcoming, because 'Manclad' had lost it during the concert. Morrissey then appears to look to the sky, mock horrified, and walks to the other end of the stage, before RETURNING to Manclad (4 mins 11 seconds), where he then shrugs his shoulders ( See here: http://www.youtube.com/watch?v=AwJjeUMvbww&feature=relmfu). 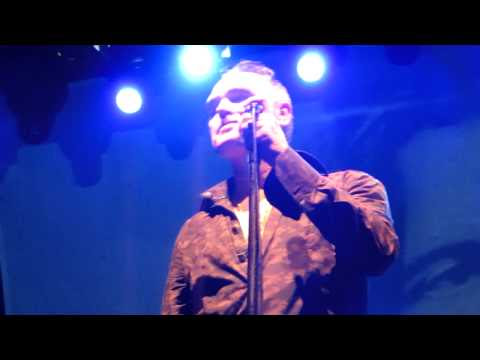 Morrissey LOOKING FOR A PROMISED BLUE ROSE - Singapore May 8th 2012

On May 19th 2012, the mysterious MorrisseysWorld website once again asked concert goers to take a single white, red or blue rose. It also stated that if you get into the front row, Morrissey might receive your rose.

On May 22nd 2012, at Morrissey's birthday concert in San Diego, Morrissey took to the stage in a red shirt that was covered in roses. A number of fans took BLUE ROSES to the concert at the Valley View Casino Center in San Diego, but they were unable to get close enough to hand them to him. Morrissey's tour ended a few days later. 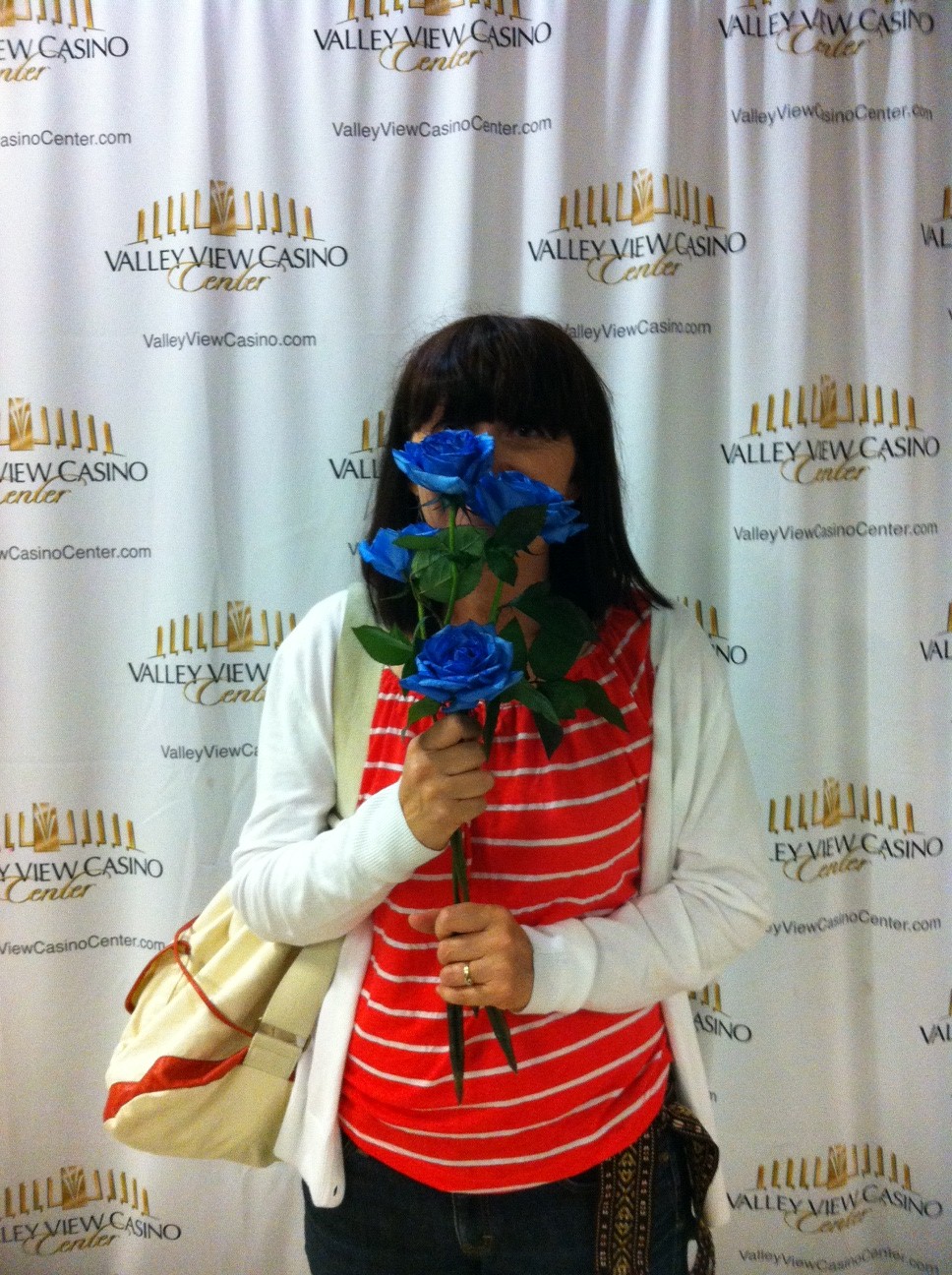 On July 5th 2012, the European leg of Morrissey's world tour got under way, and Morrissey walked onto the stage in Belgium wearing a GREEN CARNATION.Morrissey had NEVER previously worn a GREEN CARNATION, so members of 'THE BLUE ROSE SOCIETY' saw this as conclusive PROOF that Morrissey is either BEHIND the mysterious MorrisseysWorld website, or at the very least, he SUPPORTS it and WANTS 'BLUE ROSE' to take off.

On July 7th 2012, Morrissey accepted a basket of WHITE ROSES on stage in Rome from a female fan (see here: http://www.youtube.com/watch?v=-B8Ut7JP768).

On July 8th 2012, 'BLUE ROSE SOCIETY' member '@AIRRAID25' took a BLUE ROSE to the concert in Genoa, but Morrissey either; didn't see it, couldn't reach it, or just wasn't yet ready to accept a BLUE ROSE (The first video footage of a BLUE ROSE at a Morrissey concert: http://www.youtube.com/watch?v=YREq6ayGU5Y).

On July 21st 2012, Morrissey was presented with the 'Key to the City' of Tel Aviv. Morrissey wore a BLUE ROSE tie, which was completely out of keeping with his red shirt, which also had a rose pattern on it. This was Morrissey's public acknowledgement of the BLUE ROSE SOCIETY. MORRISSEY RECEIVES THE KEY TO THE CITY OF TEL AVIV, WEARING HIS BLUE ROSE - July 21st

On July 28th 2012, RED, WHITE and BLUE ROSES were taken to Morrissey's concert in Manchester. Nobody was able to get a rose on stage to Morrissey, but the BLUE ROSE SOCIETY were out in force and in full swing. 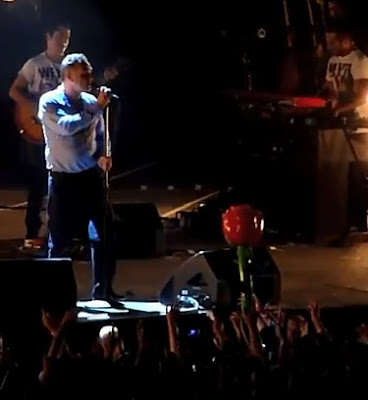 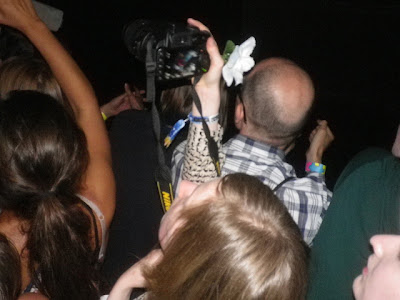 A WHITE ROSE AT THE MANCHESTER CONCERT

On August 9th 2012, MorrisseysWorld announced that the blog would be closing, it's work was done.

It is now up to Morrissey's fans to keep the BLUE ROSE SOCIETY going.

MORRISSEY WANTS ROSES: RED, WHITE, and especially BLUE. Followers of Morrissey should wear either a red, white, or blue rose to his concerts, and if close enough, they should offer it to Morrissey, or throw it to the stage at the encore. If not close enough, just wear your rose with pride, to show your appreciation of Morrissey and all he means to YOU.

Morrissey is the modern day Oscar Wilde. Wilde had his 'GREEN CARNATION SOCIETY', and Morrissey now has his 'BLUE ROSE SOCIETY'.

The Morrissey song 'TROUBLE LOVES ME', is the song of the 'BLUE ROSE SOCIETY', as it is an anagram - 'LOVE MT BLUE ROSE'. 'Trouble Loves Me' has not been performed by Morrissey since 2006.