Today marks the 10th anniversary of the start of the '@MorrisseysWorld' Twitter account, and the occasion has been marked by Morrissey with a written denial about him not being on Twitter, just as he denied it in September 2011. As a very obvious; and very touching nod to me, Moz has put a 'rat' in the title of his Morrissey Central denial, calling it 'Twitterati'. Here is the wording of the denial on Morrissey Central:

"Several people believe they are in correspondence with Morrissey via Twitter. We would like it to be known that Morrissey has not ever been on either Twitter or Facebook, has not ever had accounts with either, and does not ever intend to. Beware of mimics. 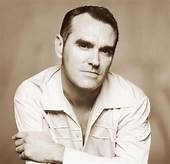 This latest denial has, of course, been taken at face value by a large number of Morrissey's fans, including my old sparring partner, Marianne (real name Tricia) aka @sadglamour (on Twitter), who has taken to the Twittersphere to tweet that neither she, nor any of the people who stand on the front row at Morrissey concerts, believe that Morrissey is on Twitter. You have to smile. It's no wonder we have a world full of zombies walking around in masks without question, people believe EVERYTHING they are told. Very few seem to question ANYTHING anymore, and that was pretty much the ethos of MorrisseysWorld in the first place - Our Mozzer encouraged us to open our eyes, ask questions, and read between the lines. 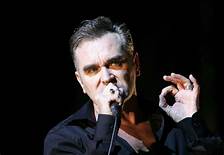 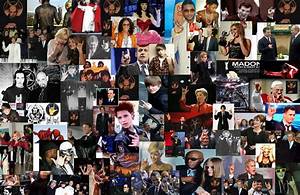 In my previous FTM article I wrote that the BRS door was open to everyone, including Marianne, but I was wrong. The BRS door is only really open to those who have the ability to open it, and for that you need an inquisitive mind...and of course a love of Morrissey. 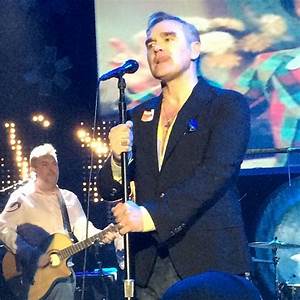 Anyway, despite Morrissey not being on Twitter, on Friday there was an unexpected visit to Twitter; or The Wrong Arms as we call it around these parts, by, er, Morrissey; or 'Our Mozzer' as we call him around here . Here are the tweets of the 'mimic' of whom we should 'beware' aka Quintessential Morrissey (@QuentinsRisk):
FRIDAY - 1.18pm LA Time (9.18pm UK time)

"Please know that you can microwave your fantasy. All roads lead back to me."

"With all this rage, beauty pleads for release."

In response to my tweet of four hours earlier with a link to my FTM entry of Friday: "Why bother?"

"Naltrexone, save me."
I also received a Twitter DM from Our Mozzer on Friday which simply read, "A might have been." I have no idea what OM is referring to, but perhaps it was MorrisseysWorld. 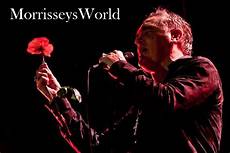 The Las Vegas residency was finished off with two more concerts over the weekend, and from the footage I have seen, they were both charged-up shows, which Vegas is probably not used to seeing - how many other artists in Vegas would have the audience out of their seats for the whole show? And how many other artists would have fans charging the stage desperate for a handshake? Morrissey and his fans are growing old disgracefully. 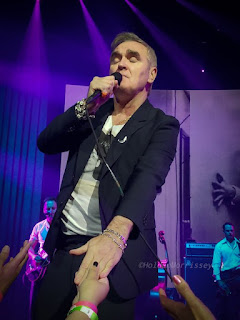 Morrissey wore a finger plaster on Sunday for the first time on this tour. For those who haven't followed the whole of this MorrisseysWorld story, the finger plaster appears from time to time on various tours, and dates back to 2011, when having been bitten by a dog, Morrissey wrote an article for his MorrisseysWorld blog in which he wrote, "Consider leaving the plaster on finger long after healing or alternatively wearing cosmetic finger plaster to emphasise personal suffering of my journey." The next stop for Morrissey and his band is Riot Fest in Chicago on September 16th. Morrissey has been invited to put together the Preview Party line-up, and has included....Kristeen Young!!! It has been a while, but I for one am pleased that the door as been re-opened. Hold onto your friends. 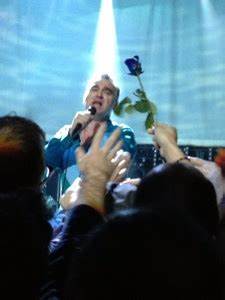